Past collaborations include record producing and concert recordings for various artists and classical music festivals (Valloires, Giverny…) or studios such as 4th Street Recording (LA), production and sound design for media and institutions like the Louvre and Pompidou museums, Richard Serra at Monumenta (Paris). She has worked as a live mixing engineer for the Swedish Radio Symphony Orchestra, music producer for P2 and broadcast producer for the Baltic Sea Festival. She does various music recordings and video, program curating and specialised music panel-discussions for the Swedish Radio, and develops immersive content for their classical & experimental channel.

In 2020 Aurélie as a Tonmeister has mostly worked as score supervisor for symphonic concerts streamed on Berwaldhallen Play. She was also music producer and editor for Malin Broman’s x 8 (Mendelssohn’s Octet) viral video, and assistant opera director and score supervisor for streaming and staging for Don Giovanni.

Aurélie earned a FSMS master degree from Paris Conservatoire CNSMDP in 2006 and has been free-lancing as a music producer and engineer since. 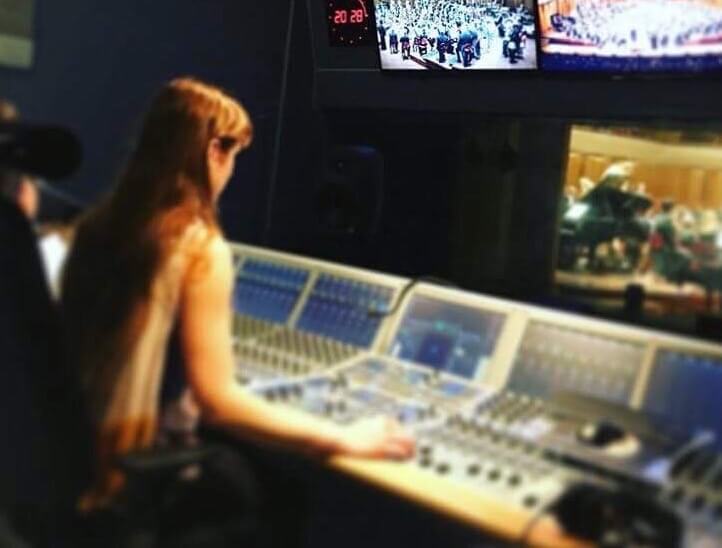