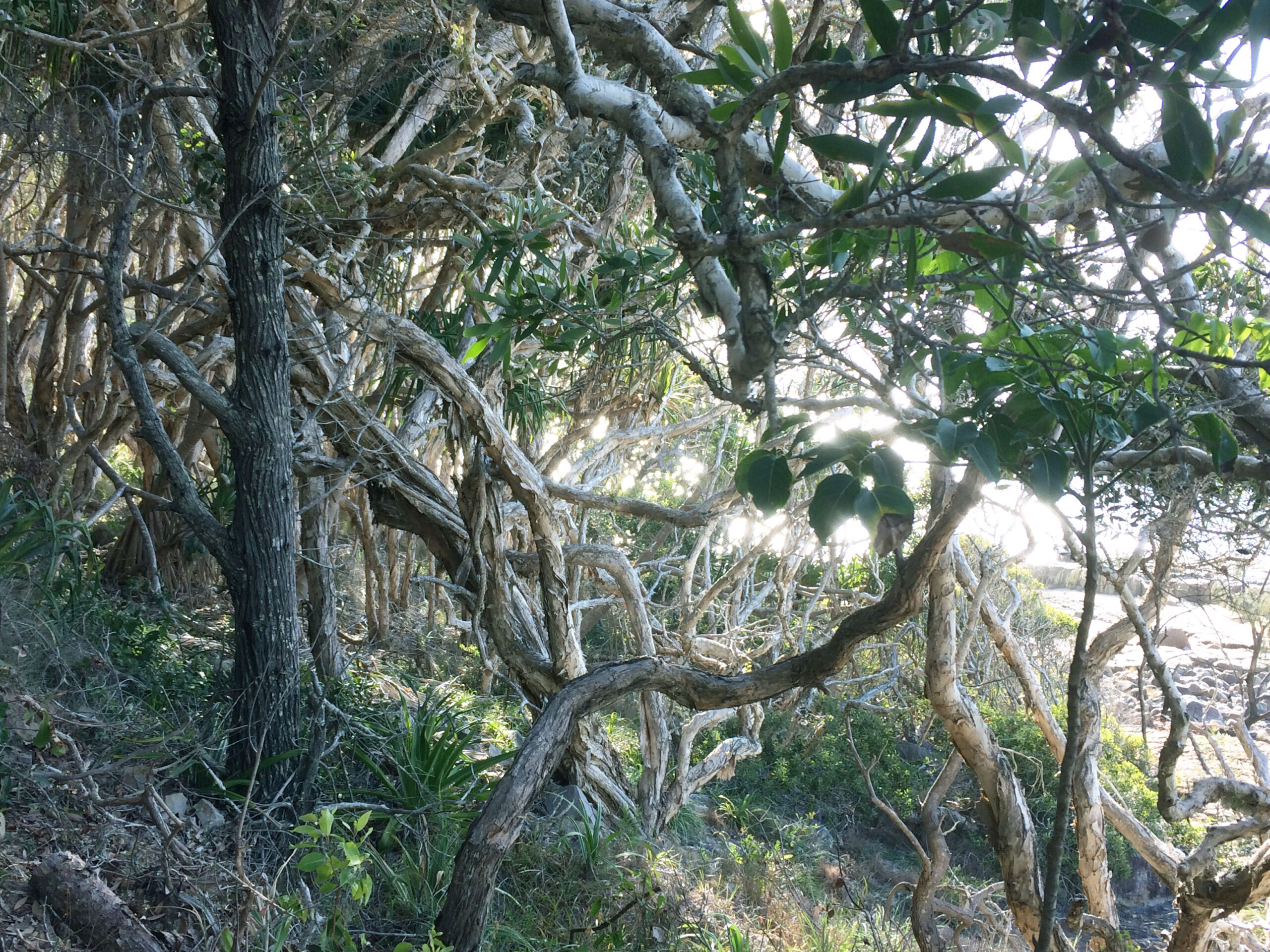 A new world of sounds — Some of the stars I see in my home skies in Europe are also visible in the Southern Hemisphere, less and less as you head far out South you get. It goes nothing like this for sounds. When I was in Brazil, from the house I lived in in SP I could hear birds sing melodies as developed* in time as four or five bars, all in natural harmonic scales (like bells’ harmonics that sound so off-pitch to our lobotomized-to-equal-scale modern ears), and I wrote them down. Although I heard no such melodies in Australia, it was more like outbursts of sounds and noises – what struck me was that none of these I could relate to any I’ve ever heard before**.

I’ve also started getting myself under water, but I’ll have plenty of time to describe that in the following weeks. Stay tuned!!

** Though I can’t tell which birds sing I hear the tones and noises they make. I’ve tried an improvisation performance with violin strings loops and noises in a wild creek home to different birds in Portugal during my residency at Obras in April. I still have to go through the material and filter and listen, but I think some birds tones gradually came to tune to my open strings – which I was using mostly as my left hand was busy handling effect pedals.

* I’ve found advanced music was not only the work of birds in Brazil, as I see Brazilian music cultures as some of the most complex in the world, both harmonic and rhythm-wise. Have you listened to the kaleidoscope music voyage I made for new year? It will take you to places