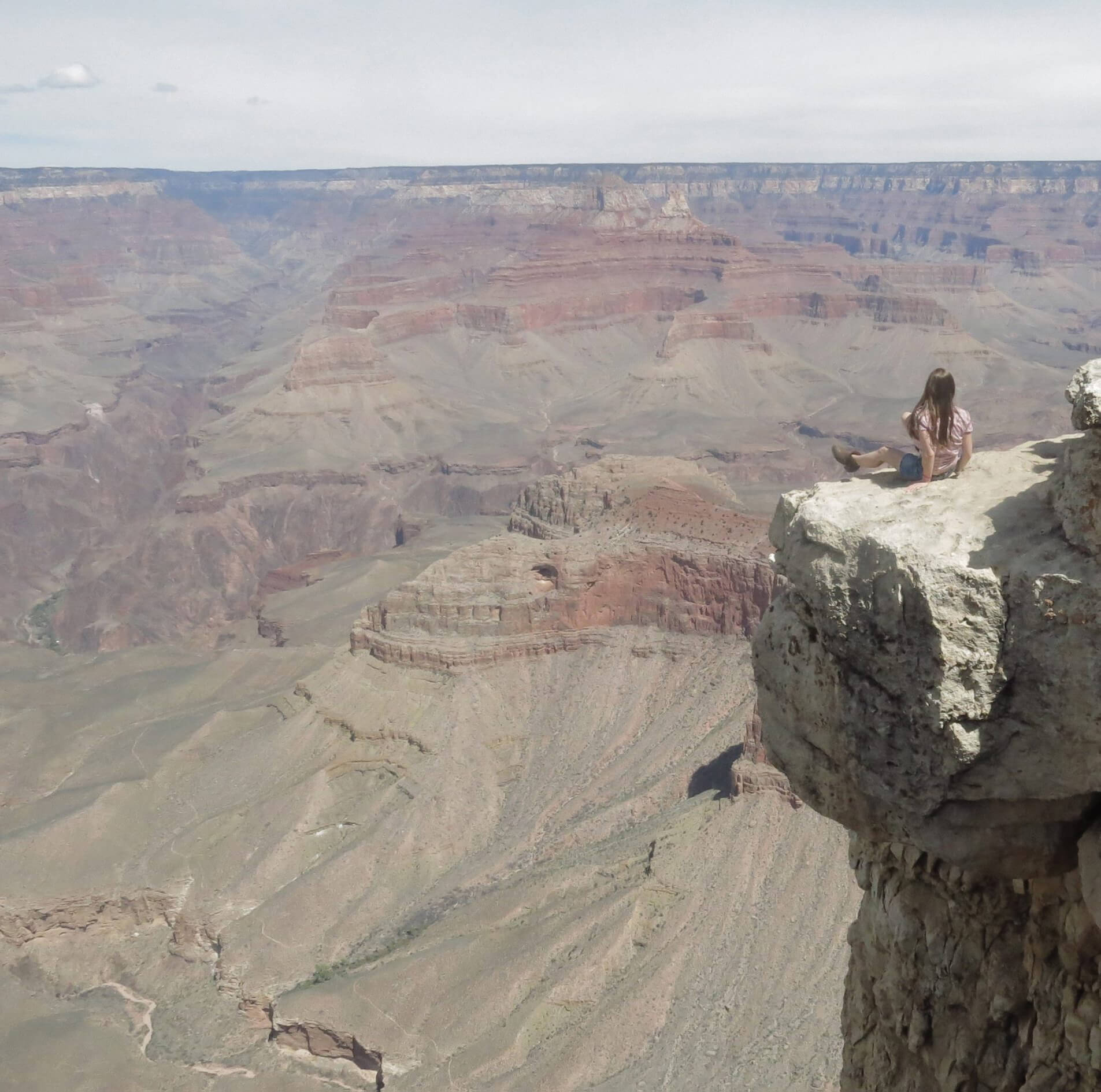 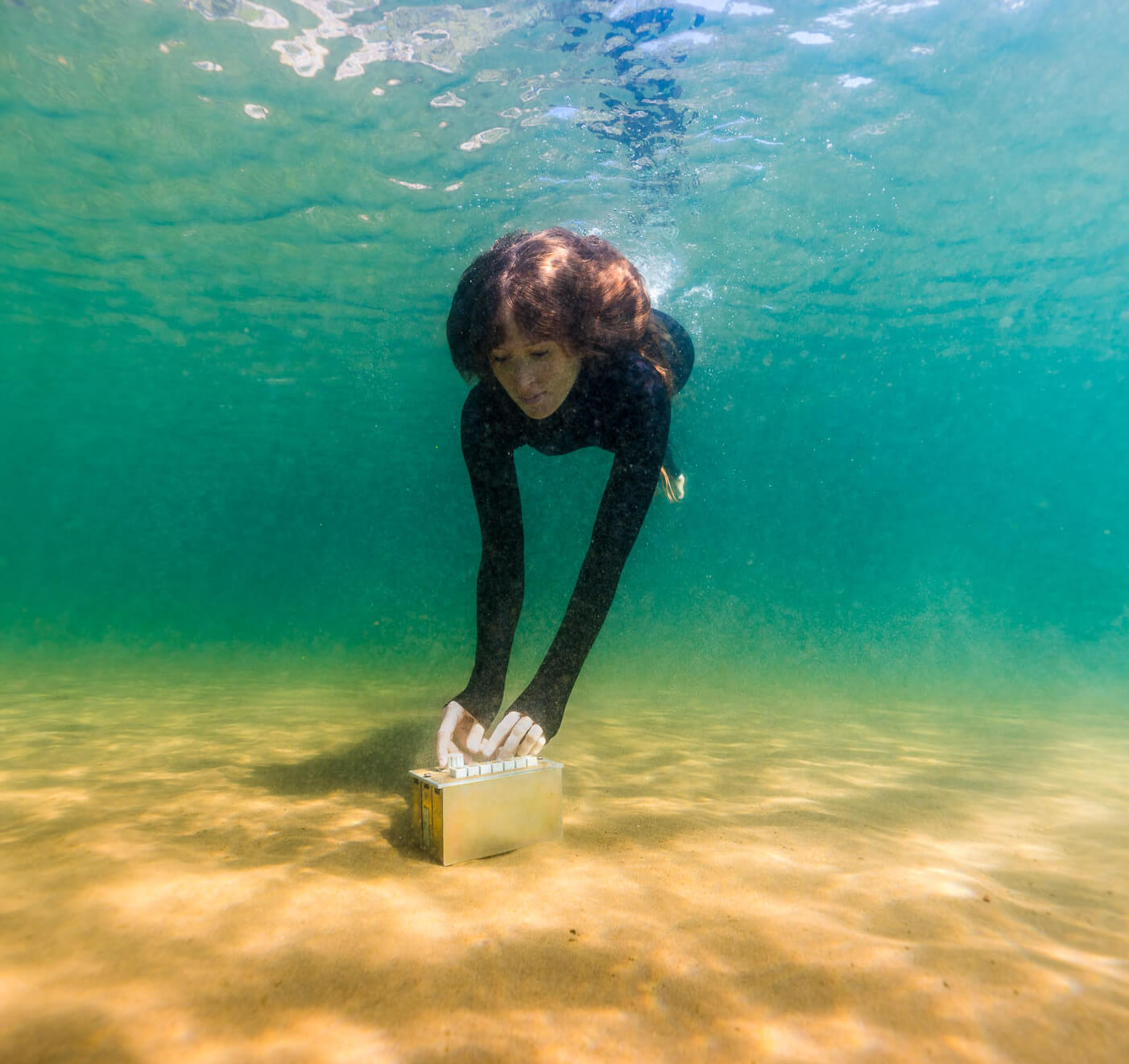 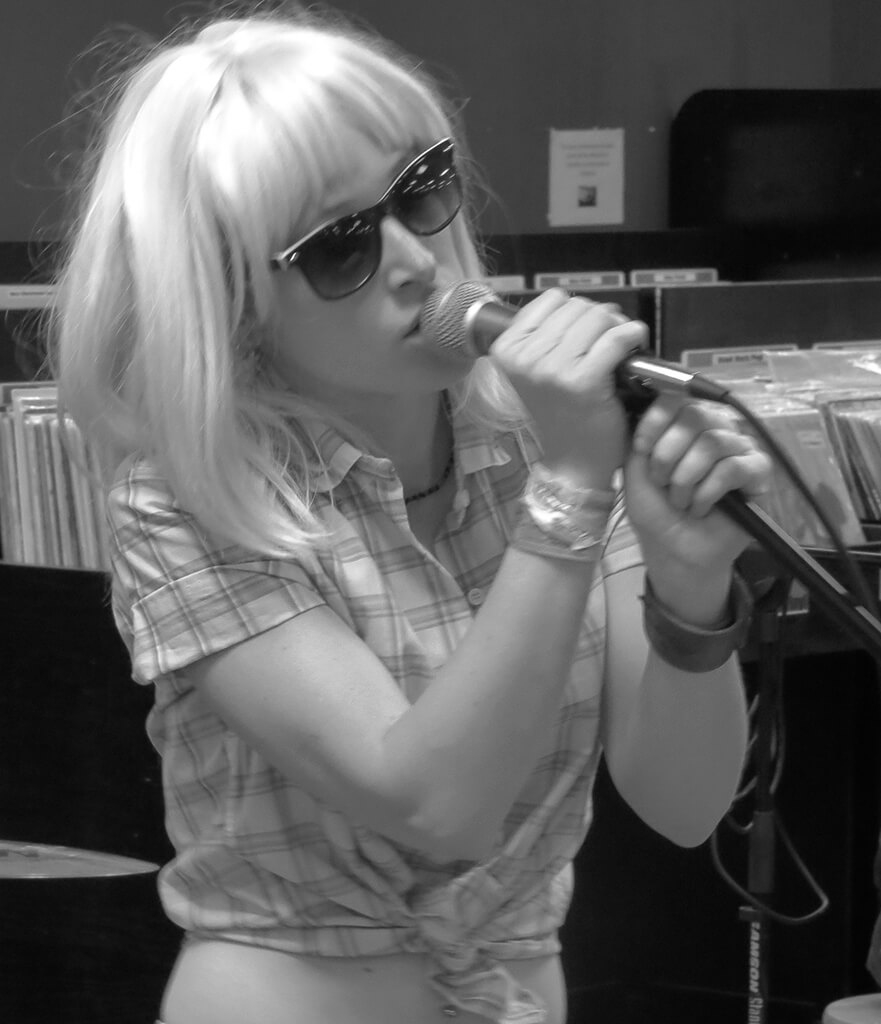 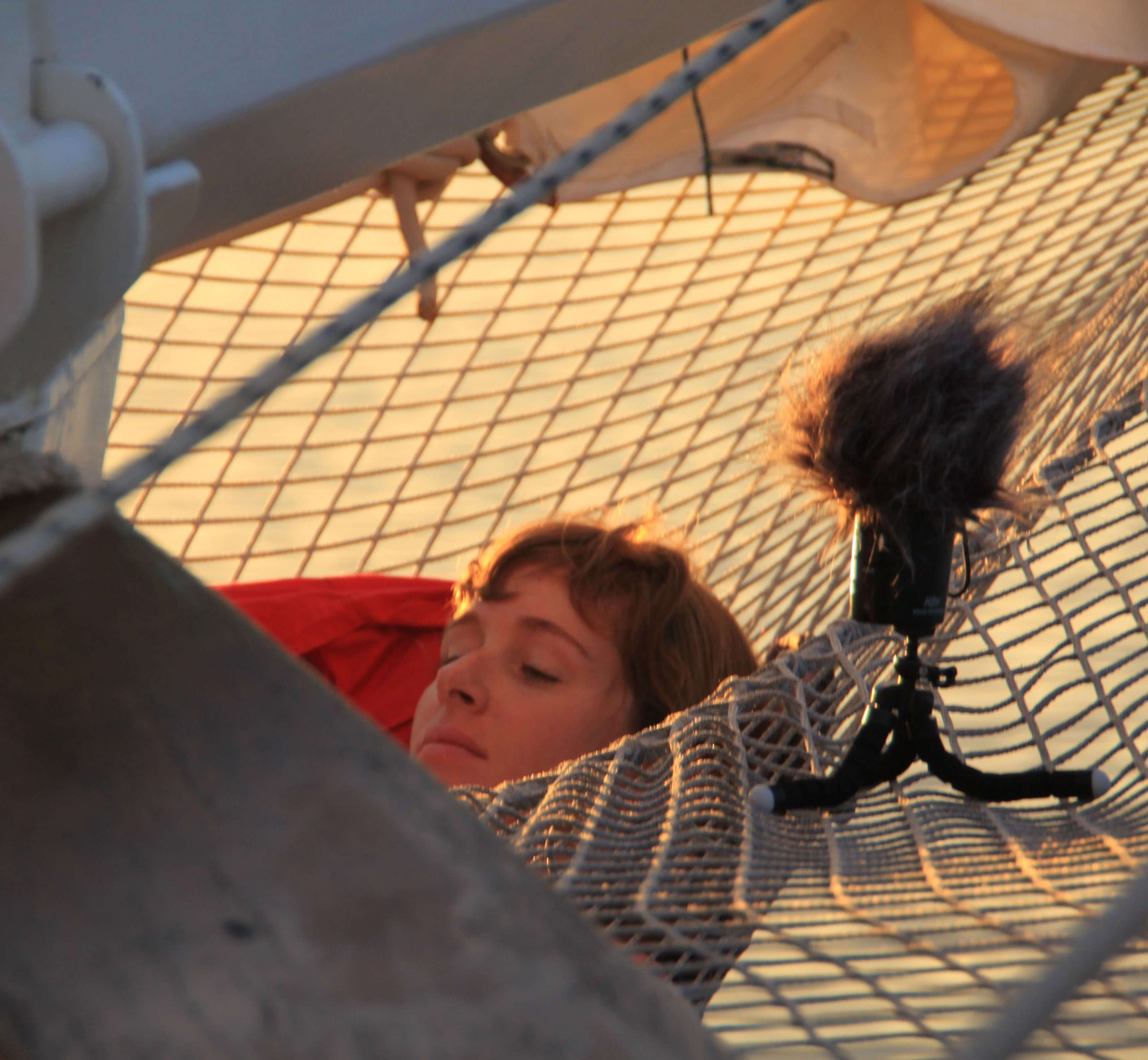 Aurélie Ferrière is a musician and music producer (Tonmeister) from France, also active in graphic arts and staging. Sax Records is her record label since 2010 and the exclusive showcase for her projects.

Aurélie studied violin and piano, as well as music theory and choir at Bordeaux Conservatoire. She was a member of the String orchestra for the Petits Chanteurs de Bordeaux, joining tours of Europe and recordings as a teenager.
She prepared a scientific baccalauréat in French and a Literature/History OIB baccalauréat in English at Lycée Magendie, then went on to classes préparatoires at Lycée Sainte Geneviève in Maths and Physics, then engineering at École Centrale de Lyon.

Aurélie entered Paris CNSMDP in 2002, earning an FSMS Master degree (Tonmeister) including Music- production, history and theory, as well as orchestration, analysis etc in 2006. After working in studios in Los Angeles with Bryan Ferry among others, Aurélie returned to Europe to develop her own artistic practice as well as free-lance as a music producer and engineer. In 2010 she started the pocket record label Sax Records as an exclusive showcase for her projects.
Since 2016 she has been active at the legendary Elektronmusikstudion in Stockholm as a composer. Outside of her own projects she guests different groups and ensembles on violin, voice or organs. She works for the Swedish National Radio to collaborate with their orchestra as a mixing engineer, score supervisor for video, and broadcast producer.

In the fall of 2017, Aurélie joined the Ocean Mapping Expedition in its 4-year long sailing journey around the earth, a long-term research project recording sound in all seas over the globe. In her months on board in the South Pacific Aurélie collected sounds from under and over the sea to create a music piece as an abstract journey about adventure and environment: MUSICOMEXP (A Musician on board the Ocean Mapping Expedition) takes the artist and the listener to unexpected places both geographically and psychoacoustically. It premiered in a former nuclear reactor in 2018, has been performed in more than 10 countries, and released with the artist’s artworks, day log and sailing maps in 2019.

She was an artist in residence at OBRAS in Portugal in 2017 and 2019, and joined workshops and composition residencies at CAMP (France) in 2018, and VICC (Visby International Composers Center) in 2020, exploring tones, space and environment.

In 2019 opera director Mariame Clément let Aurélie join her on a production for her to discover the many facets of her work. This Don Quichotte at Bregenz Opera Festival was awarded the Austrian Musiktheaterpreis 2019 for best opera production and best main role (Gabor Bretz). In 2020 Aurélie worked with opera staging once again, assisting director Andrew Staples, this time also combining with score supervision for the filming of Don Giovanni in Berwaldhallen, a production as specific as the year 2020, that exclusively existed through the eye of the camera.

Aurélie has been invited to perform twice as part of the official South by Southwest (SXSW) music programme, in 2015 with CIKATRI$, her project processing stereotypes on the indie music scene, and then again in 2019 with her experimental exploration and voyage MUSICOMEXP.